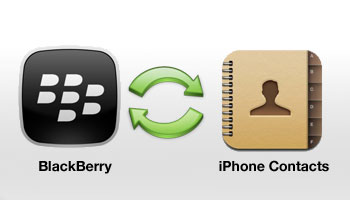 21st century is the heaven of technology lovers, with many devices hitting the market every day. Smartphones have seen more advancement in this century as compared to any other gadget. You can see a smartphone in hands of every person. The biggest smartphone manufacturers include Apple, Blackberry, HTC and Nokia. Majority of smartphones shares in the market are captured by apple and blackberry as they are two mostly used smartphones. Smartphone geeks usually switch their phones time to time. When switching the phones the thing that every person needs is transfer of their contacts and data from one phone to another. So when you switch from iPhone to Blackberry or vice versa, transferring the contacts is very tricky part, it is not simple like copy and pasting the business cards but it requires a step by step tricky procedure. Following guide will help you to transfer your iPhone contacts from iPhone to Blackberry using Mac OS.


Posted by ibbi in Mobile Phones