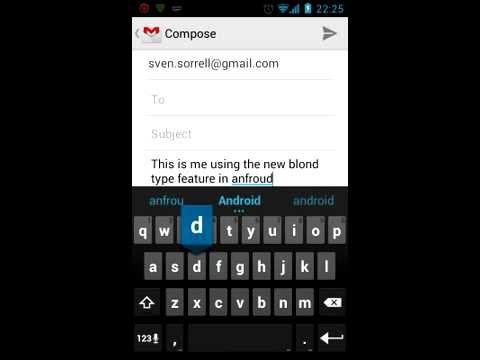 Most of the smart-phones today have no physical keyboards. Manufacturers are now favouring larger screen sizes and devices sporting numeric pads or keyboards are becoming scarce. However, one major issue when using a touch screen device arises when you try to enter text. Text input will not seem natural if you recently transitioned from a phone with a physical keyboard.

While messaging and keyboard apps have improved significantly over time (the Swype keyboard is a major improvement over the traditional input method), the emphasis has been on automation of input. Since the Android OS supports the use of different third party keyboard apps (which is like replacing a keyboard with another) you can easily find one which suits you. Nevertheless, most of them use auto correction to fix typing mistakes you may make. While developers have considerably improved the feature (which can now learn new words from your usage), it is not particularly useful if you use chat slang or an unsupported language. Auto correct can also result in embarrassing text messages since you may not always notice the change after typing a word.