Home » Education » How to Use Helium in Trimix 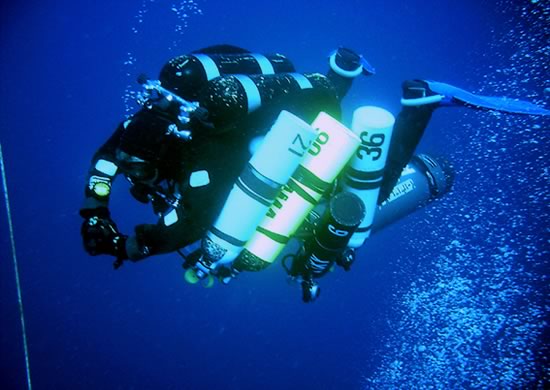 When oxygen, helium and nitrogen are combined together, they form trimix. The main focus of trimix is to somehow replace helium with nitrogen so that you can avoid breathing nitrogen.

Mostly, divers will use a mixture of helium and oxygen, known as heliox, when they are diving at mid-range depths. However, the cost of heliox is higher than trimix. Moreover, the best way to dive is by having oxygen and helium, then to top them off with a little air.

Using trimix deep down underwater is an extremely good option since it helps you avoid side effects of nitrogen such as narcosis and tissue damage to your immune system.


Posted by master-yoda in Education