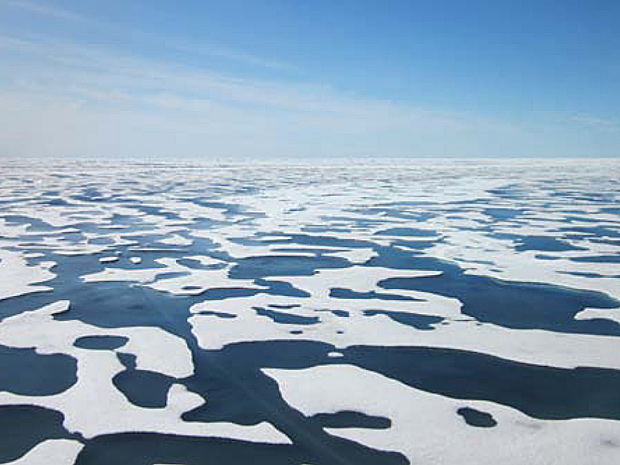 NASA, the Unites States research and space exploration agency, reported on June 8 that a massive bloom of Algae was found under the Arctic. The discovery has startled scientists who did not expect to find the microscopic algae in such large numbers after it was earlier revealed that the plant was experiencing a steady decline over the last century. The discovery has prompted scientists to start and reevaluate the effect of global warming and what effect the oxygen producing algae will have on earth.

Algae produce a major portion of the oxygen found in the earth’s atmosphere and reports coming out in 2010 stated that the important plant had been experiencing a 1 percent decline in its numbers every year for approximately a century. Right before the news hit headline, NASA had set off on its Icescape journey to the Arctic to assess what impact changes in radiation levels in the atmosphere were having the frozen environment of the Arctic. The dire news and concerns by researchers made NASA’s Icescape venture to the Arctic more important and relevant.

During the summer months of 2010 and 2011 NASA researchers used ships to move through the waters of the Arctic as they took samples and analyzed the data. The crew and scientists were hoping to find out what effect the rapidly melting ice at the Arctic would have on life and ocean ecosystem. This information would also help determine consequences of thawing on fishing and in turn the global economy. At one point of their ocean voyage, sensors started picking up large amounts of phytoplankton. The ice breaker ship stopped and dropped more devices into the water to get a better understanding of what was exactly under the ocean. To their surprise a 70-mile bloom of living algae was discovered.

The finding has made many scientists go back to the lab and start relooking at what this means for the earth. Currently no statements about what kind of impact the algae will have on the environment has been made and research continues as different groups now work on the results of the study.