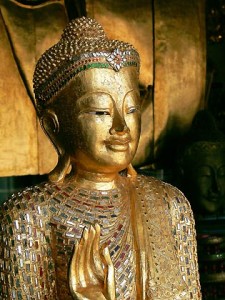 Buddhism is both a religion as well as a philosophy for living life. The teachings of the religion are based on noble truths and tenants. Buddha, contrary to popular belief is not seen as a God by his followers, but rather the most enlightened person and a teacher of a particular way of life.

Buddhists are accepting and tolerant of all other religious beliefs. This reason, among many others has made the philosophies of the religion increasingly popular. If you are interested in the religion or are a practicing member, the following lists Buddhist temples in Ottawa.


Posted by Kuljit Grewal in Ottawa