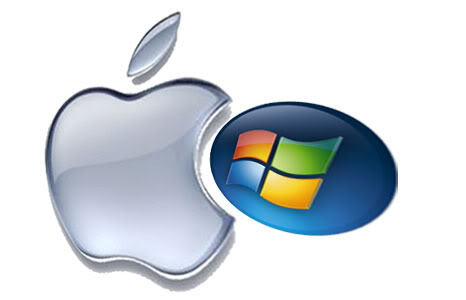 The Research VP of American information technology research and advisory firm, Gartner, Gartner’s Carolina Milanesi, has noticed that Microsoft will succeed in snatching the market from Apple.

Through survey it’s known that Microsoft has 4.2 % of shares of the worldwide market of Smartphone. Though the company has no shares of the tablet computer’s market, but the announcement of Windows 8 is expect to take both shares.

Gartner’s Carolina Milanesi stated in a press release published on 7th of April that “IT departments will see Windows 8 as the opportunity to deploy tablets on an OS that is familiar to them and with devices offered by many enterprise-class suppliers,”

This clearly shows that Gartner is positive about the prediction of Microsoft acquiring 4.1 % share from the Surface tablet by the end of 2012, and later at the end year 2016 the share will increase up to 11.8 %. According to this estimation it seems that soon Microsoft will accomplish in placing Apple’s (AAPL) iOS and Google’s (GOOG) Android in its shadow.

Besides, Microsoft taking over the market with the help of its Surface tablet, Gartner is also sure that Microsoft will fortify its self on the top position in the Smartphone business. Microsoft Windows will be releasing its Smartphone very soon, and in 2015 it is expected that it will place Apple’s iPhone on the second position and will accomplish in topping the charts.

Few people are criticizing her predictions because they think that there is a huge difference of time span during which massive amount of changes can take place in the world of technology.

This will not be the first time when Gartner’s Carolina Milanesi’s predictions turn out to be false, still her statement forces Microsoft Apple and rest of the Smartphone companies to plan out things according to their benefits.