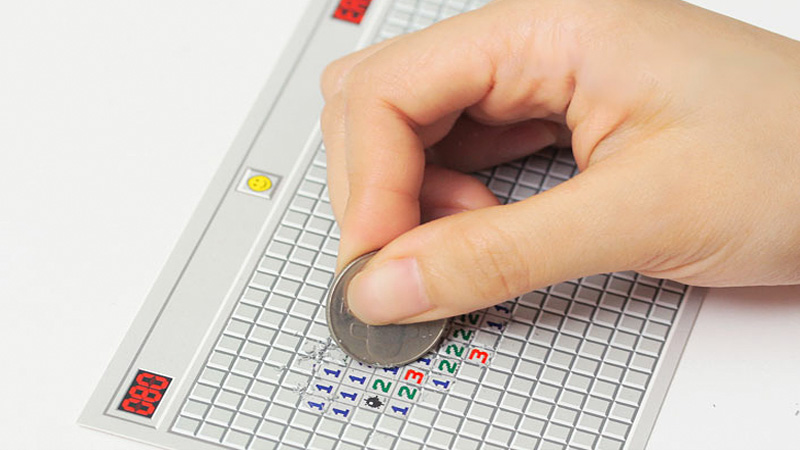 Back in 1990s and before the arrival of social networking sites, minesweeper was the best way to spend hours without doing anything constructive. But after Facebook, Twitter and other such social networking sites; most PC users have shifted to the new development and stopped playing this game that they were highly addicted to. It is a game that many of us grew up enjoying and that many have memories with.

The classic Windows game can now be played as scratch and play cards, having both easy and hard versions that cater to different skill levels. It can be obtained in just $2 a piece, and $3.50 for the pair. Thankfully, there is an option for buyers to choose between 80 or 120 minutes and they even ship with stickers. This eventually enables users to place flags and question marks where they think suspected minutes might be placed. It is an exact replica of the original PC version.

This game can be a perfect time pass whenever you are away from your computer, your tablet, your Smartphone or your gaming consoles and the internet.

However, the biggest downside of the game is the simple fact that you could lose on your first scratch card which means your game is over and you have lost your $2. The Minesweeper is just like a postcard, and you can send these cards to your friends without any additional added costs.

These cards are being sold by Connected Design, and the company also sells iOS sticky notes and a clever iPhone case with an integrated USB drive.

Now, leave your desk and experience this interesting game in the physical world with these scratch and play cards. It may be a waste of money but it is indeed a bit of nostalgic fun!!

So, how many of you are going to order these Minesweeper scratch cards?