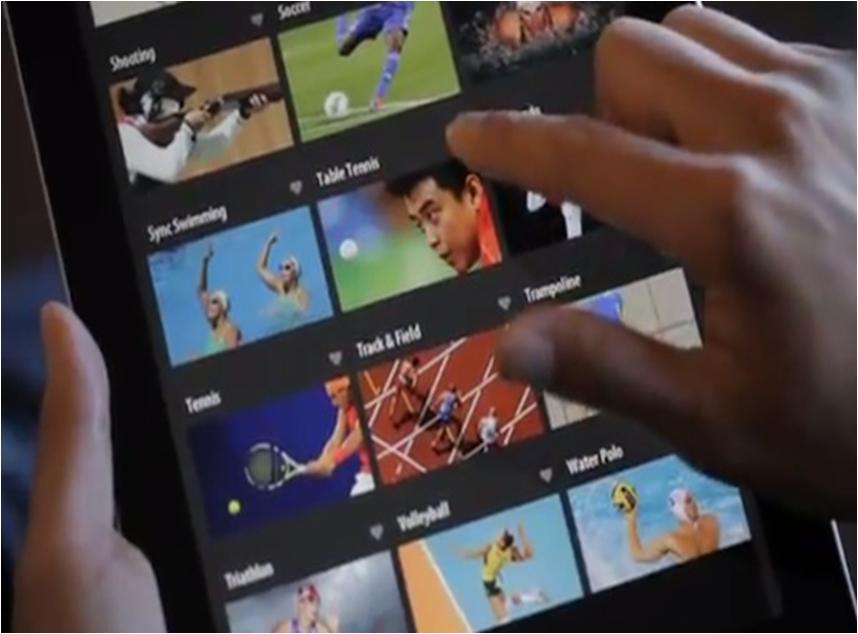 Since the influx of smartphones and tablets in our lives, we have become fully obsessed with these handheld technologies that are loaded with powerful and enticing features. Back in 2008 Summer Olympics, this obsession wasn’t that close to being where it is now. But the upcoming 2012 Summer Olympics in London will be live streamed on these premium devices.

In collaboration with Adobe Systems, NBC has come up with two official apps for both Android and iOS that stream the Olympics live on mobile devices, save videos for playback, highlights, news and much more.

These apps will enable users to view live videos of more than 3,500 hours of Olympic content and also more profound details about the athletes, the games and more. The apps are compatible with iPhone, iPad, iPod Touch via Apple’s App Store, and some Android phones and tablet devices within Google Play.

The NBC Olympics Live Extra app will allow users to watch live events of all 32 athletic competitions and award ceremony of 302 medals, while the other app which is named as NBC Olympics app will offer users content such as interviews, news stories, medal counts, athlete bios, highlights, event and television schedules.

“NBC Olympics Live Extra puts the London Olympic Games into the hands of America’s tablet and smartphone user, enabling them to once again use advances in technology to provide the broadest possible access to the thousands of hours of Olympic competition,” NBC Olympics President Gary Zenkel said in a statement.

According to Jeremy Helfand, Adobe’s vice president of monetization, the company has been working on this project for more than six months. He acknowledged his team for making this project successful and deliver the apps so quickly.

The apps will be obtainable to those users who are verified cable, satellite or telco subscribers. The apps will be a nice addition to the event and will enable people to take the 2012 Summer Olympics with them wherever they go.


Posted by johnross in Software Applications