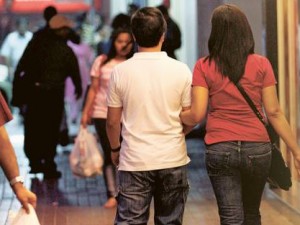 Public displays of affection can be quite romantic between couples. After all, what harm can holding hands, giving a peck on the cheek or even stealing a quick kiss do to anyone, right? Well, that may be the case in a lot of European and Western countries like the US, France and Italy. But Dubai, like every other city in the world, has its own rules, dictated by the societal, cultural and religious connotations.

Since it is a Muslim dominated city and the laws are governed by Islamic values, kissing in Dubai may get you in jail and/or deported at the most, or attract disapproving looks from people around you at the very least.  Recently a British couple was jailed for one month when a child saw them smooching and touching each other in public.

If you are visiting Dubai with your partner, you should know the following rules and regulations regarding public displays of affection in the city.