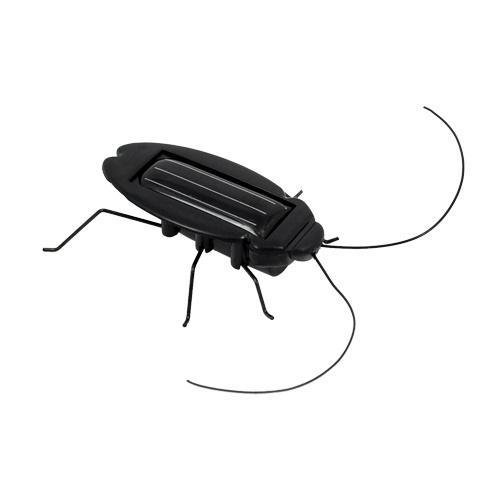 Researchers at University of California, Berkeley, have developed a robot that runs towards a ledge and then flips its self over quickly to continue on the bottom side of the platform. The researchers have stated that the inspiration came from observing cockroaches and geckos and how they used the flip tactic to disappear from site when they felt threatened.

Researchers first noticed the nifty little disappearing act when they were researching how cockroaches use their antennas to navigate across gaps. As the scientists increased the size of the gap the insect ended up flipping itself to the underside of the ledge to hide. The insects had high speed camera attached to them so the researchers were able to study the video later and realized that the cockroach was using its legs as anchors to swing itself quickly over and under the ledge.

In order to confirm their findings the research team contacted a group that was working with geckos in the wild. The team located in Singapore confirmed that the lizard was using a similar maneuver to evade danger and used its claws to and grappled quickly to the underside of a ledge to get out of a predators sight quickly.

To further their study the move now called “rapid Inversion” the researchers collaborated with robotics specialist at the University of California to create DASH (dynamic autonomous sprawled hexapod). This little robot uses Velcro on its back legs to mimic the grip of the lizard or cockroach. This allows the robotic critter to perform the flip as it runs full speed towards the ledge. According to the research team the new tactic will make robots more agile. This in turn will allow them maneuverability in real world circumstances and in turn make them more useful. Currently the team sees the robot assisting in search-and-rescue missions as they work alongside first responders to natural or man-made disasters.