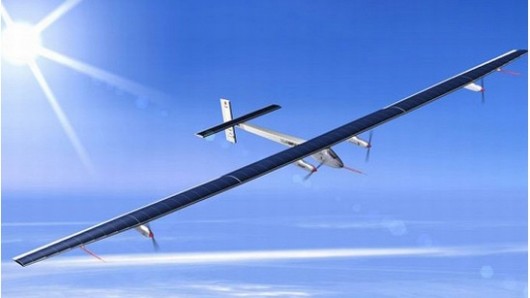 A solar powered plane named Solar Impulse landed in Morocco on Tuesday, June 5 ending an intercontinental flight that proved that solar powered flight that has zero carbon emissions is possible from one continent to another. The Solar Impulse was guided by Swiss pilot Bertrand Piccard who took off from Madrid, Spain on the same day and flew 19 hours to reach the Morocco’s Rabat airport.

The Spain to Morocco flight was the second leg of a 2,500km journey that started from Switzerland in May. Piccard and Andre Boschberg conceived the idea for the airplane in 2003 and have worked tirelessly to achieve the milestones today. Boschberg piloted the first leg from Switzerland and then handed of the reigns to his partner for the intercontinental flight.

The latest achievement is basically a test run before the creators of the large air craft take it on a world tour in 2014. The Solar Impulse is an extraordinary work of engineering and daring and is the size of the A320 jumbo jet. However, it weights only as much as a car and is powered by 12,000 solar cells which generate electricity for four electric motors. The plan was able to perform well during the flight and data shows the solar air craft to have reached an average ground speed of 28 knots and reaching a maximum altitude of 27,000 feet.

The intercontinental flight was not the only first for the crew and plane as they had previously broken another record in 2010 with the same plane by being the only solar powered plane to complete a 26-hour nonstop flight with a pilot.

The journey was followed but numerous news outlets including people at home. Interested parties could check out a virtual dash board on the website of the group as it displayed real time data about the flight. The pilot was also using micro blogging site Twitter on his journey and keeping followers abreast of the flight through his tweets.