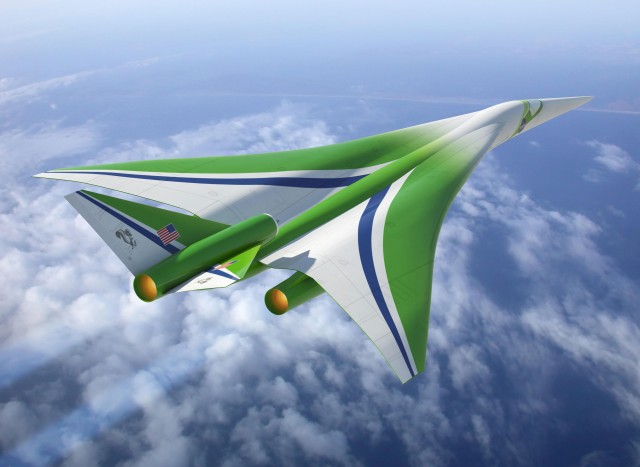 Just imagine you will be soon flying around the world in few hours. Yes, that’s true…

Boeing, Lockheed Martin, Gulfstream and NASA are working on a project that might make it a reality. The two companies are working on a collaborative effort which they called the “Son of Concorde”, a supersonic passenger jet that has a potential to get from London to Sydney in just 4 to 5 hours. However, the usual flight to Sydney almost takes around 23 hours.

According to reliable sources, a prototype of the plane is likely to be revealed at the Farnborough air show, which will be organized next month in London. The new jet will target the business jet market.

In the past, the original Concorde which made transatlantic flight in few hours was used for Air France and British Airways.  The Concorde was taken out of commission in 2003 after some dangerous incidents declared the plane insecure.

The “Son of Concorde” has the ability to fly more than 2,485 mile per hour, with a speed of 4,000 km/hr, which is almost double than the previous model. At the moment, the fastest subsonic executive jet, Gulfstream’s forthcoming G650, can fly approximately 6,900 miles, and has a maximum speed of 1133 km/hr.

On the other hand, designers are working to remove its biggest impediment to overcome the sonic boom sound produced by the Concorde.  A Gulfstream engineer working on this project described the sound the new jet will make as “closer to a puff or plop.”

The new jet has a codename X-54, and will start partial flights in 2020, and will be commercially viable by 2030, if is found to be safe and consistent.