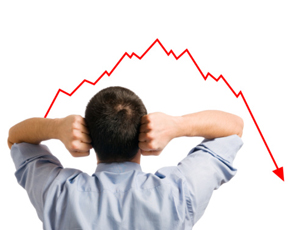 In a research conducted by TechMarketView (TMV), it was revealed that the UK IT industry will face a real time slump until at least 2016.

According to the firm, the take-up of technologies specifically designed to reduce costs, like cloud computing, as well as continued economic deceleration are the two major factors to reduce market growth in terms of generating revenues.

It was also found that the software and IT services segment declined by 3 percent in the last one year in real terms if inflation is taken into consideration.

“We see the pain easing over coming years, but we do not expect the UK SITS market to grow again in real terms before 2016,” said TMV. “These forecasts reinforce our view that the UK SITS market will grow slower than the economy for the foreseeable future – indeed it is hard to envision a set of conditions when it would once again grow faster than GDP.”

The downfall is not just a result of financial crisis that is limiting growth, but also new disruptive technologies that are reducing the cost of IT, and in fact the suppliers’ revenues as well. The analyst termed these type of technologies as “deflationary.”

The research also concluded that the public sector spending has gone down to more than £900m from the UK software and IT services market in 2010/11, and is likely to increase up to £350m in 2012.

Consequently, the expected share of the UK SITS market attributable to the public sector will go down from 29 percent in 2010 to 27 percent in 2015. The research estimates that this trend will continue until 2014.


Posted by johnross in Services