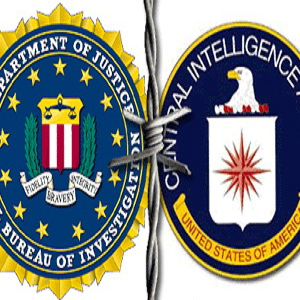 The Central Intelligence Agency (CIA) and Federal Bureau of Investigation (FBI) are two organizations in the United States of America that keep a tab on the national security and any suspected criminal activities taking place inside the country. These two agencies are known to collaborate and share information with each other in some cases but they have different work focus. The main and primary difference is in their names: CIA is related to intelligence whereas FBI is a crime investigator.

Responsibilities of FBI have a wider scope than the CIA. Besides their domestic office, they also have foreign offices to coordinate information. The foreign offices inform about any potential threats from other parts. It determines what actions need to be taken to ensure security in the country. It sends its officers wherever there is a threat. The network of CIA is very extensive and they have the latest and very sophisticated equipment to gather intelligence. They have a lot of people working for them overseas. The CIA exchanges information with many different agencies and also gives relevant information about threats to FBI.

The FBI is also responsible for the law enforcement in the state. It handles the issues which local law enforcement find difficult to handle: tracking down missing people, criminal evidence analysis and also the support needed for the crime victims. FBI agents often help the police to track down people or handle cases which have large amount of money at stake and also multiple homicide cases. CIA on the other hand is not concerned with law enforcement in the state. There workers are mainly stationed in the Washington headquarter. The agents in the US collect information and do intelligence collection for the president and also the white house. On special orders they also carry out actions overseas on behalf of the US.


Posted by bukhtawar_salik in Careers & Jobs