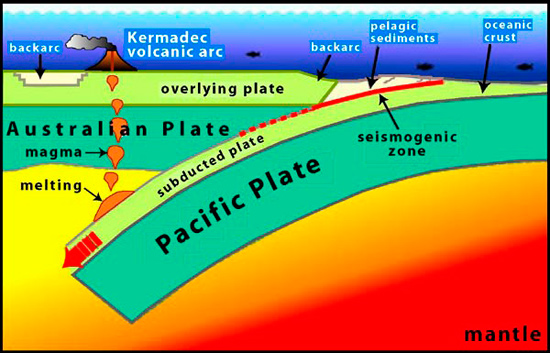 According to the theory of plate tectonics, the earth’s lithosphere, the surface or crust, is not one single continuous slab. Instead, the surface is divided into plates (about 7 to 8 large ones). Plate tectonics theory was instrumental in further developing the continental drift theory, which was widely discounted in its early stages.

The continental drift theory hypothesized that the continents as we know today, were once together and have drifted apart over millions of years. While evidence like similar species found on corresponding continental boundaries and the jigsaw puzzle like fit was present, the theory was discounted due to lack of one major element, a force which would be responsible for moving the continents away.

That problem was solved after the concept of seafloor spreading came to light and then when the theory of plate tectonics developed further it superseded the continental drift theory because of a much better explanation.


Posted by james-gordon in General Knowledge