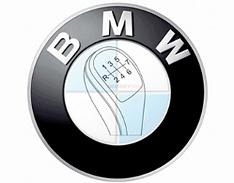 Because of lower demand for manual transmission in the past few years, most of the models are being introduced without it. Nowadays, double-clutch automatic transmissions are very much in demand since these models are extremely fuel efficient while adding to overall driving comfort. Despite this, there are some driving fanatics and enthusiasts, who prefer the stick shift.

In recognizing this, two significant developments have taken place at BMW last week. The company comes up with a high-performance luxury model from its Motorsport division. The first seven-speed manual transmission was introduced in Porsche911 at the end of last year. The operating principle of this model is that the first six gears are assembled even closer for normal ratios, however the seventh gear has been made longer for improved fuel economy.  Following the Porsche’s principle with some modifications, BMW started working on a seven-speed manual transmission.

According to BMW’s design proposal, automated transmissions are extremely beneficial in terms of efficiency because of their wider range of gear ratios. Although, BMW is thinking to introduce the manual transmission up to 9 gears. If this happens, several safety problems will occur such as incorrect gear selection which eventually destroys the engine. To solve this problem, BMW use a gear shift mechanism by which driver is allowed to make shifts within the prescribe range. This would be implemented by an electromagnetic fluid that is inside a shifting module which ultimately prevents drivers from damaging the gearbox by executing the wrong gear.

“The technology can be used on a traditional manual transmission with up to 8 gears. The driver rows his own gears as usual (and uses a clutch pedal), but the computerized shifting module described above allows the driver to shift into proper gears while blocking dangerous gears, thus avoiding mechanical over-revs (the “money shift”) for a manual transmission with so many gears,” according to the design proposal.

BMW name this model as M7, which is going to be a competitor to the Mercedes S63 AMG and the Audi S8. Let’s see this technology will come to fruition or not, but it’s interesting to see BMW is still working with good old stick shift.