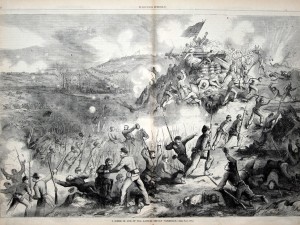 The battlefield is always a strange place, not only for the people who are fighting but also for others. People are willing to act violently with honour and courage living inside them. Even the most positive of people have a different perspective once they enter a battlefield. For better or for worse, the history of human kind has always seen different wars. People have made sacrifices to change the course of their world and also their surroundings.

We have listed down certain wars which have taken place in the past and they had a significant role to play in the changing of the world. These wars are in no particular order but you can always pick out the one which you believe had the highest impact.


Posted by Cynthia Lee in Events