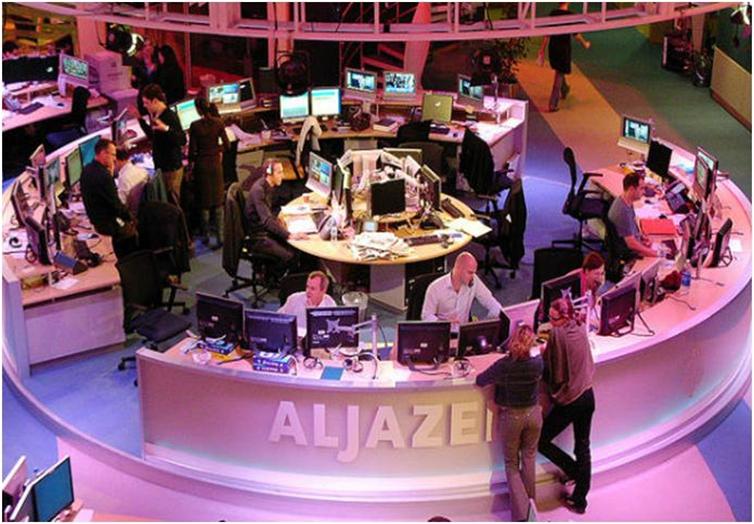 Followers of Syrian President Bashar al-Assad came out in support of him and allegedly hacked one of Al Jazeera’s official Twitter accounts.

A group of hackers calling themselves “Syrian Electronic Army” hacked many Al Jazeera affiliated twitter accounts such as an English show broadcasted on the channel with the name “The Stream.” The hacked account displays a link to pro-Assad material on the website.

The Associated Press said that this isn’t the first time episode and the group has been involved in various cyber attacks against those who show sympathy to the Syrian opposition.

The hackers are constantly abusing the account to post ridiculous information and twisting headlines of stories on Syria in what they have described as “straightening” the media house’s content.

One of the hackers tweeted: “@AJStream: Do The Guardian editors know they are participating in violence in Syria?”

The hackers also accused Amnesty International in the killings of Syrians, and said “NATO won’t stand a chance against Syria’s military.”

This incident eventually alarmed many twitter users, and some of them were vehemently suspecting Syrian Government involvement.

The Stream is a part of social media community and is broadcasted on Al Jazeera English every day.

The program is based on online sources and discussions, seeking out unheard voices, and conducts shows on different viewpoints of intellectuals and general public related to the most compelling stories of the day.

The news has been confirmed by James Wright, executive producer for programming, and said that network team is working on the problem and will soon fix it. He also advised followers to avoid clicking on any link included in the spurious tweets.

This episode was broadcasted on the same day when Wikileaks said that it would unveil millions of emails exchanged between Syrian officials.