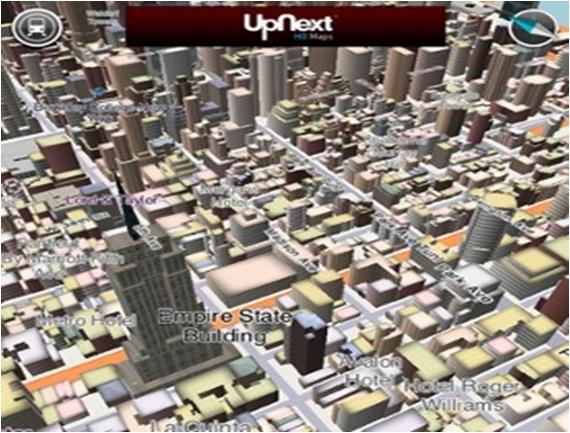 According to reliable sources, Amazon is in the process of acquiring 3D mapping startup UpNext. It is expected that the UpNext workforce will be shifted to Seattle where they will work together with Amazon’s mapping team in competition with Google and Apple maps.

Some analysts consider this alliance as an attempt by Amazon to reboot its Amazon Kindle Fire tablet which is entirely dependent on information from the UpNext team, while others think the company may indulge in consumer electronics sector with help of the UpNext’s team – potentially towards an Amazon Kindle Smartphone.

UpNext is a four member team that offers various mapping applications for iOS, Android and Kindle Fire devices. The company’s software is accessible in 50 cities in the United States at the moment, with “enhanced details” for 23 of those cities.

UpNextg secured $500,000 in funding from a private group of investors last year and while the price of acquisition has not been disclosed yet, the investors are thinking to get five time return on their initial investment.

Amazon Kindle Fire currently has the capability to offer maps through a Wi-Fi connect – a problem that could very well be solved with high class mapping software with 3D mapping capabilities.

However, both Amazon and UpNext are avoiding commenting on the present situation.

Amazon has been presently working on rolling out new features for its Fire tablet. It is expected that it will release new tools next month that will enable developers to add social features to games. In addition, the company has just announced the availability of the HBO GO video streaming app for the tablet.