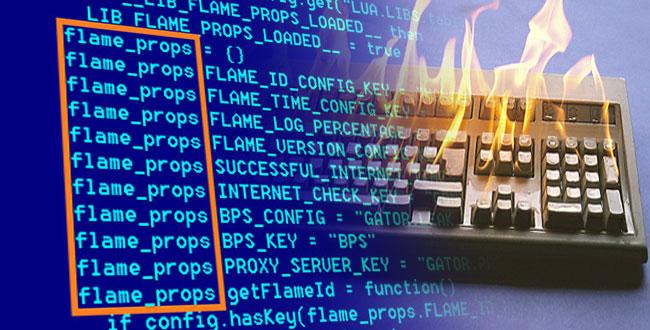 Reports have confirmed that the United States and Israel collaborate to develop and deploy a highly complex computer virus known as Flame. The malware was used to gather information about Iran and its systems before a cyber war mission. The virus spied on the users and their computers while it sent back the data it had collected to its handlers to help lay the groundwork for sabotage that would delay the Revolutionary Islamic regimes ability to create nuclear weapons. The confirmation of Flame was given by government officials who were close to the situation in the West.

The Western officials shed some light on the cyber-sabotage efforts of the United States and Israel by giving details on the program. According to statements the joint mission was undertaken by the National Security Agency (NSA), the Central Intelligence Agency (CIA) and the Israeli military.

The computer virus Flame made headlines a month ago when Iran was hit by a string of cyber attacks against its oil infrastructure. At the time the US and Israel did not state that they were involved in the matter and in fact denied their involvement in Flame Virus. But the latest reports state that Israel was leading the charge. The cyber attack on Iran was an Israeli mission that the US was not aware of beforehand.

The new confirmations make it clear that the cyber war against Iran is the first of its kind by the US. The Stuxnet and Flame virus are parts of the puzzle of a large scale program that has continuously been targeting Iran. According to officials the campaign is still continuing even after the Flame has been discovered.

Officials from the government intelligence agencies of the US and Israel did not give any comments on the latest news, however they admitted some state sponsored attacks. Even before the anonymous officials revealed the details of the cyber warfare program, many analysts were pointing the finger at the US an Israel. When private security firms analyzed the malware they stated that the complexity of the programming pointed at a government run program that created the virus. They also saw similarity between Stuxnet and Malware code which pointed at the same team or sponsors for both viruses.