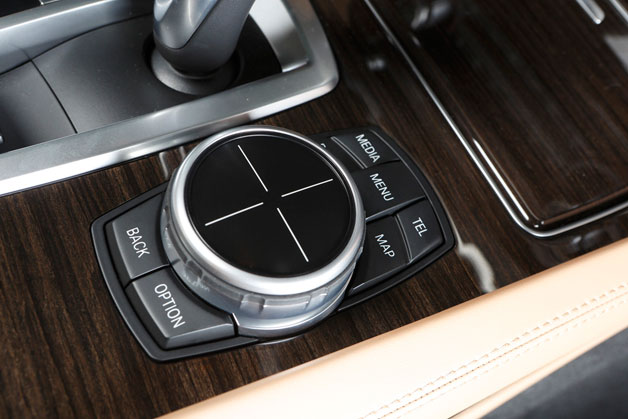 BMW was among the first carmakers to introduce the feature of in-dash navigation system two decades before on its 7 Series. Sadly, it is also among the first carmakers to face severe criticism because of poor user interface design when it launched the iDrive system in 2001. Navigation systems have become obsolete when it comes to luxury cars while iDrive has matured to become a competitive infotainment platform in the latest car models. BMW is going to introduce the latest generation of its infotainment feature which will go beyond the navigation technology and an intelligent master knob to control it all.

Known as BMW ConnectedDrive, the new system will see the major two improvements. The first is graphic overhaul with black backgrounds and impressive lighting effects, and also a new view option for maps know as 3D City Models for select areas.

ConnectedDrive will also feature the newest technology of iDrive touch, which is just like the touchpad interface that was once used on some Audi cars. The touchpad is 45mm in diameter, and can be used not only for inserting characters, but also include a pinch-to-zoom feature when the user want to view maps.  It is also expected that it will soon be capable to manage a cursor when BMW introduce the browser function in it. Initially, iDrive Touch is coming to China this month, where the input’s gesture control method works pretty well, and it will soon introduce worldwide later this year.

BMW ConnectedDrive is the one to make its mark in bringing a 4G LTE hotspot. The BMW Car Hotspot is very small in size and inserts an LTE-capable SIM card, and it can transmit those quick 4G data speeds to many devices at a time through a local network.

BMW is also rolling out the cause of voice recognition in its latest models with a new message dictation feature that can write out casual speech and then transfer that message through text or email to any recipient in the driver’s contact. The system also gives a recording time of 2 minutes of voice memos, which can be sent through emails or can be transferred to the driver’s computer with the help of USB drive available in the car.

BMW plans to offer a software development kit to third party developers, as the company is hoping that developers will produce apps that are compatible with BMW ConnectedDrive system.