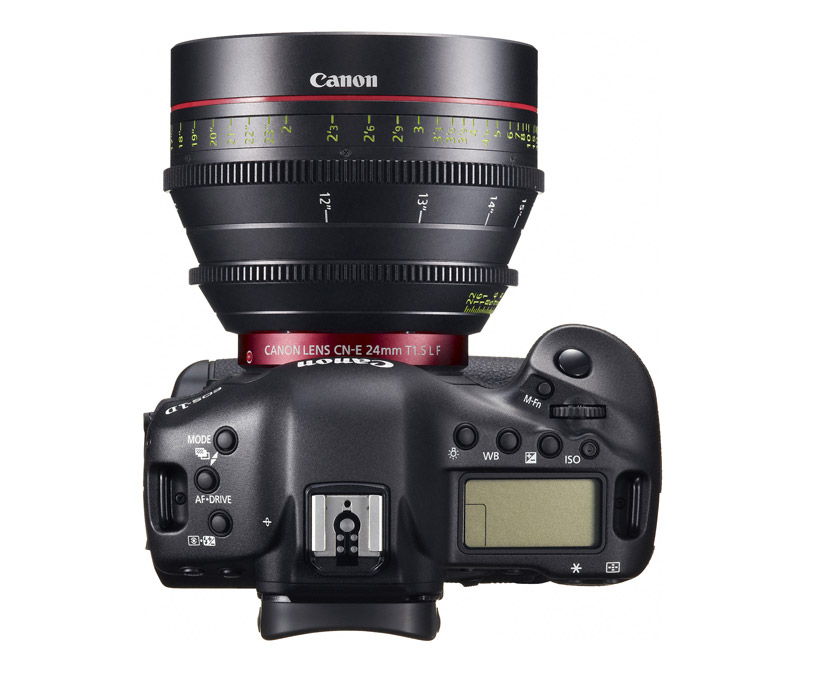 As promised Canon has finally developed 4K capable DSLR, the EOS-1D C, which has the ability to create 4K (4096 x 2160 pixels) video at upto 24p or in full HD at 60p. The camera is equipped with a 18.1 megapixel sensor that can capture continuous burst photos up to 14 frames per second and take extremely sharp and high quality images.

According to the company, the camera is built after discussions with Hollywood celebrities, filmmakers and television broadcasters so that the final product is be built according to their requirement. It will eventually provide more powerful and affordable approach for high quality pictures.

The 1D C can also be called as updated version of C300 native Full HD camera which hit the market last year. It contains a series of similar features such as Canon Log Gamma – a very flat, low contrast, high dynamic range response allowing footage from both cameras to be mixed together and color-graded indistinguishably. It also has a HDMI signal which includes the option to show a ‘View Assist’ simulation of graded output over HDMI whilst creating log gamma recording.

The small size of the camera makes it easy for mounting and transportation while offering the next generation to produce high quality compact films and TV production packages.

The EOS-1D C is, however, similar to the ID X but the company says that the circuitry and heat management of the camera has been redesigned to shun overheating with the huge data rates required for 4K video recording.

The ID C has the ability to take 18MP images at 12fps and its 4Kp24 recording means a single frame can be used at the same 8MP resolution which is being offered by EOS-1D Mark II.

The camera will come with a price tag of 12,000 US dollars and will be available in the market in the beginning of October.


Posted by chris_ellsbury in Cameras