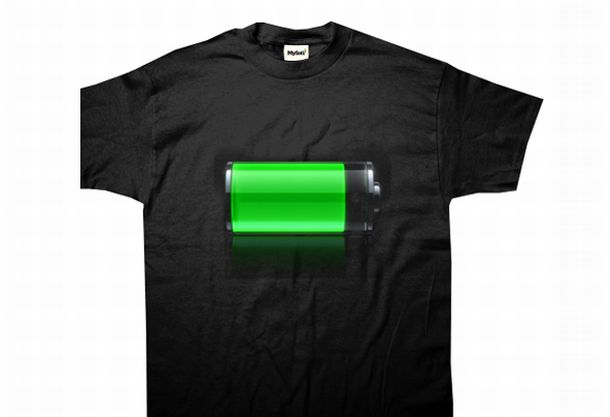 Modern technology has revolutionized our lifestyle and it can now be correlated with music – both can make the world dance to their tunes in their own respective ways. This is why almost every educational institution is trying to incorporate technology in the school curriculum.

Two engineers from the University of South Carolina carried out a research and showed off a modified store-bought T-shirt that can be used as a super-capacitor, having the ability to capture an electric charge.

“We wear fabric every day,” said Xiaodong Li, a professor of mechanical engineering at the school. “One day our cotton T-shirts could have more functions; for example, a flexible energy storage device that could charge your cell phone or your iPad.”

Li along with his colleagues bought a T-shirt from a store that was then dipped into a fluoride solution and cooked at a high temperature in an oxygen-free oven. After being cooked thoroughly, the resulting fibers were changed from fiber to activate carbon capable of storing an electric charge.

According to the engineers, high-tech companies will soon introduce roll-up cell phones and laptop computers, and to cater this type of technology, a flexible energy storage tool is required to make this possible. The engineers conclude from the research that the activated carbon textile can be used as a super-capacitor, because they can have “particularly high energy storage densities.”

The shirt’s fibers were covered by a nanometer layer of manganese oxide, which eventually improved the material’s electricity-storing power. “This created a stable, high-performing super-capacitor,” said Li. It was found in the research that the fabric capacitor could charge and discharge a number of times without losing its performance.

The whole process for creating the fabric capacitor is not only economical, but is also green and it doesn’t require chemicals that are injurious to the environment. However, more research is needed on this project to make it practical and viable for  consumers.