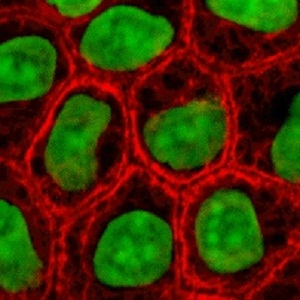 Micro-organisms are the slowest form of life on earth and their study is quite an interesting one. Since they are not visible to the naked human eye, high-powered microscopes are needed to study them. Their study has gained a lot of importance in the last century as scientists realized the crucial part they play in different processes around us, in our body and the environment.

Bacteria belongs to the Prokaryotes family of microorganisms. To a first timer introduced to the world of microorganisms, prokaryotes (bacteria) and Eukaryotes may  appear similar. However, they are not. They have some basic structural and chemical differences that make them totally different. It is very important to distinguish between them first before any further research in the field.

Bacteria has a cell width much small than Eukaryotes. Its cell width is less than 2u while Eukaryotes have width between the range of 2-100u. Bacteria cells are also very simple and everything happens inside one contained area. Eukaryotes have complex cell structures with different features for each function. These features include mitochondria, chloroplasts, lysosome and the Golgi apparatus. This is something which the bacteria cells lack.

Bacteria cells do have the DNA but it is not enclosed in a nucleus. They have  a very small size and cannot accommodate one. They also do not have a nuclear membrane either around the nucleus. Eukaryotic cells on the other hand have a nucleus and double nuclear membrane around it. The double membrane separates the DNA from the cytosol.

The DNA of most bacteria cells have one large circle and several tiny ones. The tiny ones are called plasmids. They do not have a protein histone. On the other hand, a eukaryotic cell has a linear DNA, has chromosomes and contains protein histone.