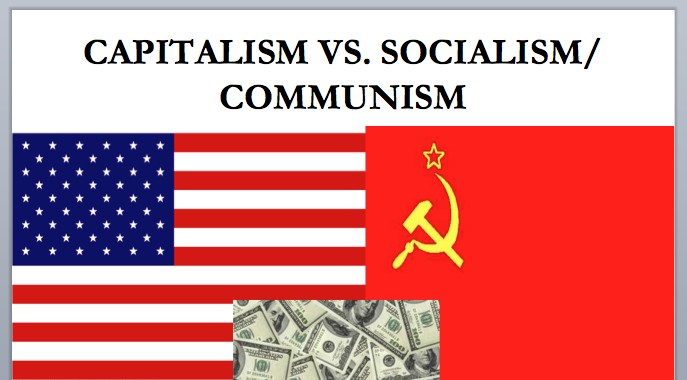 It is the ever long battles between two extreme ends of socio-economic theories, the two ways of thinking are totally opposite to each other. The clash became very evident and came into view during the cold war period. The article below deals with the different dimensions of the two theories to compare them and make the differences evident. First we need to be clear on the fact that these are modes of economic organization each having its own set of laws. Communism and capitalism also highlight the relation of the human race with each other.

The most evident difference comes in the ownership of resources in a society. Communism believes that all resources are the property of the state and it shuns individual ownership of fundamental resources completely. The state here means that the community owns theses resources together. It enhances the concept of sharing. Democracy decides how to utilize these resources for production. There are also equal wages for everyone. In comparison capitalism is a strong believer of private ownership of the resources of production. Every person is responsible for earning his worth and will be paid accordingly. The profit is divided according to who holds more shares in the business. The people who own the major resources have the decision power and the right to distribute earnings accordingly. The ownership issue is the main bone of contention.

Capitalism promotes the selfish nature of a human being. The selfishness arises from the need to survive in this race. Communism on the other hand reflects the saintly side of a person; we think collectively of others and want their good. It is against the selfish belief and enhances generosity. Both have its advantages and disadvantages. Many individuals have benefited the society by their creativity and many argue that communism can kill the individuality of a person. There is a difference of power distribution in both ideologies. Some of the ideologies are said to be not appropriate to follow in the practical world. This is very difficult to follow in the real world and would only work in idealistic situations.