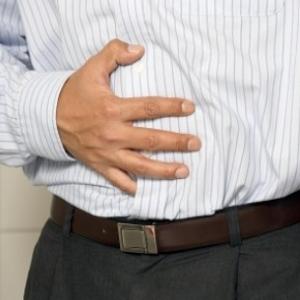 When it comes to stomach related conditions, it is really hard to tell the difference between some of them, especially dysentery and diarrhea because of the same sort of impact they have on the stomach.

They seem to be similar terms and are often used by experts in the same sense but they are medically very different from each other. Both dysentery and diarrhea are also treated very differently. Understanding the difference between the two is important to take the right medication and being treated properly in order to avoid any uncertainties later on.

When talking about dysentery and diarrhea, the biggest difference between the two is the affected area. In medical terms, the watery discharge that affects the small bowel is known to be diarrhea, while the colon being affected is known to be dysentery. These two may not seem much different for those not knowing what the small bowel and colon are, but just keep in mind that they are not the same either.

Surprisingly as many might not know, the symptoms are also very different. The watery discharge that occurs in the form of diarrhea may not be accompanied by cramps or other issues that cause pain in the stomach region. However, when talking about dysentery, it is well know that a person suffers from mucoid stool, which also may have blood as the person suffers from a fever as well. Both conditions may have the sufferer complaining about pain in the abdominal area.

Good thing about the two is that both conditions do not result in the death of cells in the human body and are only affected due to the virus found in the intestines and small bowel area. It is crucial that both be treated as quickly and efficiently as possible to avoid further complications like weakness or dehydration.