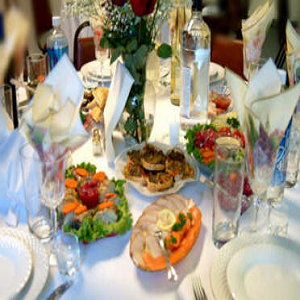 If you are a regular eater at restaurants, then you are probably aware of these two words. Appetizer is used to describe those foods which are eaten before the main course. Some people confuse this word with the word entrée as it also serves the main purpose. Entrée is a French word which means entrance or beginning, in food terms it is not the main course rather the first course in between the meal. The word is usually found on menu cards in American restaurants, that is why the confusion stays in the air. There are some differences between the two and they shouldn’t be confused.

Entrée was previously known as entrée de table in French. At that time the first item was served on the table before the main meal, it was brought with fanfare and trumpets being played at grand dinners. Even the soups were served after the entrée and it was then followed by a roast. After this the main meal was served. As time progressed the meaning of the word evolved and now it is different. Nowadays first the soup is served and after that any hot dish is considered to be an entrée. As the 20th century came, the entrée is considered to be a light meal before the big meal. In America, entrée is considered the same as the main course. Till the time of World War I, the word was used for light food. In UK and US it is still confused with appetizer.

The term appetizer already depicts its meaning as it is any food item that is eaten to increase your appetite and it makes you feel hungry before ordering a proper meal from the menu. So it is obviously served first. It could be any food item before the main meal. Usually soups, chips, chicken wings, nuggets etc are served. These appetizers are usually shared by the guests as its aim is not to make you feel full, it’s just a small munch before the main meal. They get the stomach to start working and make it ask for the main meal. Sometimes people order it in restaurants so that they can eat something before the main dish arrives.