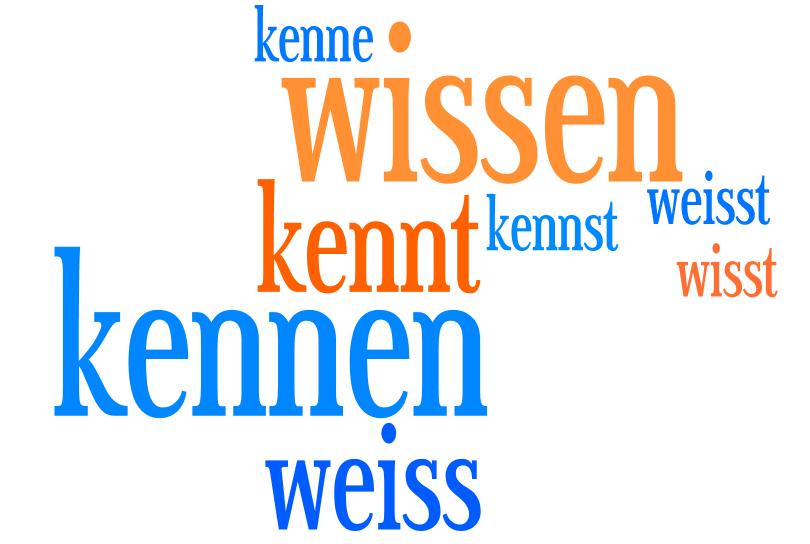 While trying to get a grasp of any language, one of the hardest things to learn is correct grammar. The fact that little to no effort is made by the locals to speak grammatically correct sentences in their everyday life makes the learning process even more difficult.

While English grammar itself tends to get quite complicated at times, it is only natural to find students getting confused while trying to get a grasp of the German grammar.

There are a lot of terms and phrases that are guilty of making students feel lost in a German class, but two of the words that can be considered as the biggest culprits are kennen and wissen.

Both the aforementioned words are verbs, which pertain to the concept of the English word “to know.” However, that is where the simplicity of the words end and the confusion begins.

Kennen and wissen cannot be used interchangeably despite meaning the same thing, because they have their own, unique conditions for usage.

To elaborate the aforementioned difference further, one must consider a situation in which a person wants to express their familiarity with a person, place, event or thing. In such a situation, the use of the verb kennen would be appropriate. For instance, if a person asks, “Kennst du den neuen Nachbarn?” which translates to “Do you know the new neighbour?” in English and in reply, the other person wants to say, “Yes, I know him,” then the grammatically correct sentence would be, “Ja, ich kenne ihn.”

In a situation where a person is required to express his wisdom by stating a fact, then the appropriate verb to use is wissen. For example, consider a situation in which a person is asked, “Weisst du, wie alt er ist?” or “Do you know how old he is?” in English and the person wants to reply “I know that he is 12 years old,” then the grammatically correction German sentence would be “Ich weiss, dass er 12 Jahre alt ist.”

Another thing to keep in mind while trying to differentiate between wissen and kennen and understanding their proper use is that the use of the verb kennen typically requires a noun or pronoun in the sentence, whereas the verb wissen requires a phrase in the sentence.