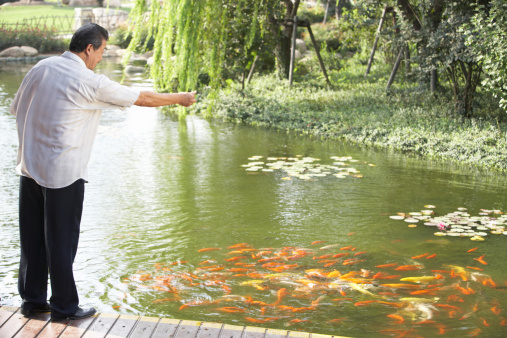 Undoubtedly, Koi and Carp are two different types of fish that have some similarities. Therefore, people with little or inadequate knowledge are often unable to differentiate between them. Most times they refer to both of these fish as the species of the same family but enough evidence is available to categorise them differently. With the help of these facts, one can easily find the differences between these fish and prove them different from each other.

The major difference between both of these fish is that Koi is an ornamental fish that can be kept in a compact sized tank unlike Carp, which can grow huge in size and thus keeping it in a home sized tank would be wrong. Similarly, Koi have solid bodies and their fins are much smaller as compared to Carp. Not to mention that Koi can comes from different families and have multiple colour combinations unlike Carp. The most prominent colours in Koi are cream, blue, black, red, yellow and white.

Carp is also a fresh water fish but few of its species are often found in seawater. Due to their distinct features and variety, these fish are often named as Bighead Carp, Grass Carp, Mrigal Carp, Black Carp and Catla Carp. These Carp are usually bigger in size as compared to Koi. In addition, Koi belongs to a single species but Carp belongs to many species. Similarly, Koi are usually considered to be more domesticated as they are kept in homes while Carp usually grows in wild places like lake, rivers and at times in seawater.

Koi has a similar shape across their kind while the shape of Carp can vary from specie to specie. The biggest benefit of Carp is that humans have been using them as a source of protein for a very long time.