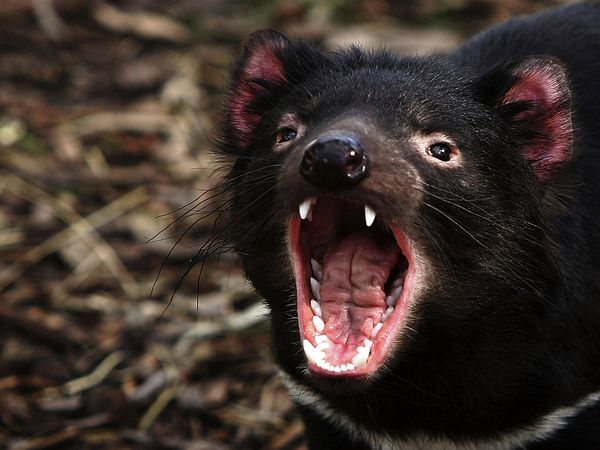 The Tasmanian devil and the wolverine are two different animals, and the distinctions between the two are fairly significant. They are sometimes mistaken as the same animal because of the colour of their fur and their characteristically large heads – however, there are several traits and features that set them apart.

While the Tasmanian devil is roughly the size of a small dog, the wolverine is larger in size, and can grow to be as big as a medium or large dog.  Owing to their size and a number of other features, wolverines are not very good at climbing trees; on the other hand, the Tasmanian devil does not face any problems in this regard, and can climb up tress with ease.

While there are many distinct differences between the two, both animals have the capacity to generate the strongest bite per unit body mass. These animals also have notoriously bad tempers; they should not be disturbed, and if necessary,  should be approached with caution.