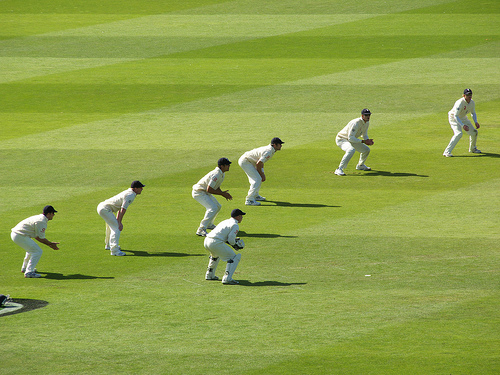 Cricket is among the most followed sports in the world, with Test cricket and ODI (One-Day International), or simply limited-overs game, being two of its most renowned formats. There are various differences in the two versions despite both being assigned international status.

In the early days, Test cricket was the real deal, which came to prominence through the rivalry between England and Australia, commonly known to everyone as Ashes. The first official match recognized was between the above two teams in 1877, which the Aussies eventually won by 45 runs. ODI cricket is a late 20th century development, with the first official match played in 1971, again between the Aussies and the English.

Test cricket is played over the course of five-days, with a minimum of 90 overs being bowled per day. The ODI format, as the name suggests, usually lasts one day, with both sides facing 50 overs. With the advent of the T20 format, the duration is further reduced.

In the longer version, both sides need to bat twice and there is no restriction on the amount of overs either side can play. Therefore, draws remains a likely possibility in Test cricket. In the shorter formats, the team that scores the most runs in the allotted overs will win. This further implies that both set of players will only bat once and the outcome could be a win, loss or a tie as oppose to a draw.

The color of the cricket ball is also different for both formats. Test cricket is played with a red ball, while while balls are used in the limited-overs format to account for the night factor. However, new International Cricket Council rules have permitted day/night Test matches.

Test cricket is always played in the traditional white kits, whereas limited-over formats permit players to wear coloured uniforms.  Despite greater emphasis on Test cricket, the biggest event in the cricketing calendar is the ICC Cricket World Cup – a fifty-over tournament, held after every four years.