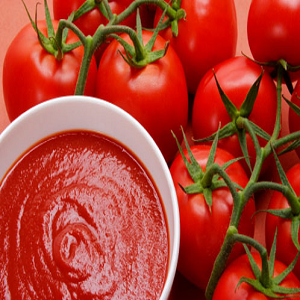 Tomatoes add taste to any dish as they are an important ingredient in many dishes. Sometimes they are used in their actual form, like in salads or other recipes call for pureed tomatoes and their pastes. Many sauces use tomato pastes and many Indian gravies use tomato purees. People who regularly cook meals at home cannot differentiate between these two items. When they read a recipe which calls for a puree instead of a paste, they get confused. The article will help you differentiate between the two so that you are better equipped with the needed knowledge in the kitchen. This way you will know where one of them can be substituted for the other and where to use the one called for.

Tomato paste is usually more concentrated and is thicker in texture but it doesn’t have any extra ingredients added to it. It is dense and has a sort of sweet taste. The paste uses ripe tomatoes which are first cooked and then they are strained so that no seeds are left and then they are cooked for a second time. This leaved a paste in the end which is very thick. Sometimes the paste gets so thick that it keeps it shape of a spoon full when it is put in a bowl.

The tomato puree is sometimes bland like the tomato paste and sometimes it has some spices added to it. Both of them are available in grocery stores and they both are usually in cans. Although both are used in a distinct manner, they add a very good flavour and texture to a recipe. A tomato paste is used in less quantity as it is concentrated so it has a sharp taste. If a recipe calls for a puree and you have only paste available at the moment, you just need to add water to the paste and use it. It will give the same results and will not destroy the recipe.