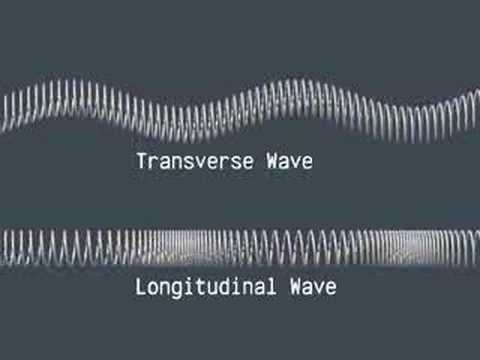 Transmission of energy is possible in a number of different ways, with ways being one of the medium. Energy transmitting waves are not seen by naked eye but of course their effects can be felt. There might be a need of a medium for waves to travel. Mechanical waves are the ones which require a medium to transmit energy from one point to another. Therefore, mechanical waves cannot travel in a vacuum. The speed of such mechanical waves depends upon the elasticity internal properties of the medium it is using to travel. Mechanical waves are divided into two main types, transverse waves and longitudinal waves. These two types are often confused to be one but you must distinguish between them.

Longitudinal waves are quite to opposite to transverse waves, as the movement of the particles is in the same direction as the path of the wave itself. These waves travel when the particles of the medium compress and expand at different points simultaneously and that is why they are also called compression waves.