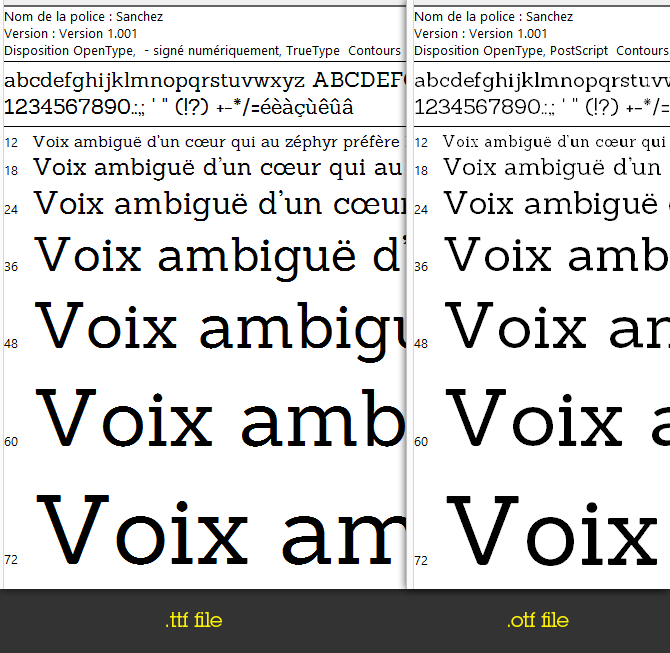 TTF and OTF files are basically extensions which you indicate that whether a file is a font or not and also if it can be formatted for printing. TrueType Font and OpenType Font are two different extensions but many believe that these two files extensions are the same and serve an identical purpose. Their capabilities are different from one another but many people, who do not understand TTF and OTF in detail, think that the level of their capabilities is also same but in reality, there are many differences in TTF and OTF.