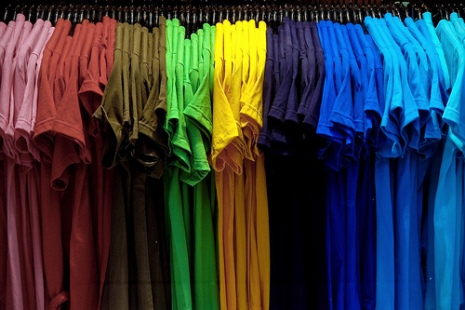 Garments industry is one of the largest in the world. It provides people with clothing of all kinds. Every single piece of cloth that is commercially manufactured comes under this industry.

T-shirts and undershirts are one of the most liked and commonly used products in the world. They are mostly used in warm weather and have a greater demand in areas that have longer summers or tropical conditions.

They are both similar products but there are certain differences between the two. A t-shirt is meant to be worn on the outside and generally nothing is worn over it. However, an undershirt is worn underneath another shirt or top. It is not worn on its own, especially in public places.

T-shirts come in all colours and are often used to make a statement, sometimes funny. Undershirts, meanwhile are used for the main purpose of saving one’s shirt from sweat and generally is white in colour with nothing written on top of it.

You May Like: How to Paint a T Shirt


Posted by john-anthony in Clothing