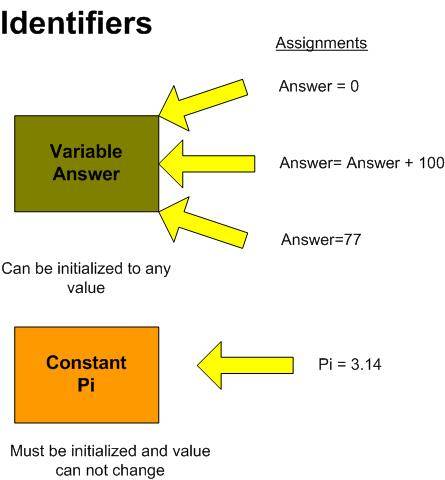 Variable is a mathematical value which can change within the limit of a given problem or a combination of operation. On the other hand, constant refers to a value which remains fixed or unchanged and is often undetermined and unknown. Both the terms have emerged from mathematical studies and have great significance in the many fields. A mathematical constant is a specific number which is usually a real number.