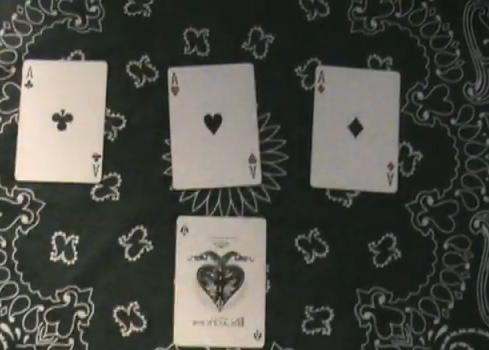 Follow the leader is one of the hardest trick played and for this reason it requires some expertise. Basically the performer creates an illusion for the spectator using three double sided or gimmick cards that appear ace from one side and have a different face on the other. While playing the trick, the performer has to be real quick so that the spectator is not able to notice the gimmickry in cards. The good thing about this trick is that instead of the whole deck, it only requires 12 cards which include the three gimmicks. In order to create the required illusion it is advised that you should practice the trick a few times before performing.