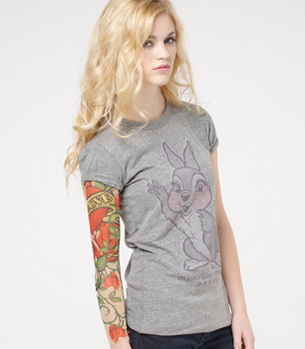 A tattoo is a form of modification in the skin, made by injecting ink into the dermis layer to change the pigment.

This art has been practiced for over centuries in many parts of the world, particularly in Asia, and later it reached the rest of the world. Today we can find Maori of New Zealand with tattoos on their faces, a custom that goes back many generations.

Despite some reservations in certain religions, this art is still flourishing, as even today, people from all over the world are getting their bodies tattooed, and duo to this fact more diverse designs popup every day.

Tattoos are strictly forbidden in Islam as it is considered bringing changes in the creation of God.

Based on the teachings of the Torah, tattoos are forbidden in Judaism. However, there is a misconception that anyone who bears a tattoo cannot be buried in a Jewish cemetery.

Tattooing is encouraged in Hinduism, as women mark their foreheads to enhance spiritual well-being.

Tattooing is a process which is not risk free because if the needle is not sterilized you can catch hepatitis, staph, herpes, HIV, tuberculosis, and tetanus.

Sleeve tattoos are the next big thing in this art as it is, at the moment, the most preferred and famous form of tattooing in the world. A sleeve tattoo is large, or can be a collection of smaller tattoos, with similar theme, which covers a person’s arm, from shoulder to wrist.

While many prefer to get permanent tattoos, there are some who rather stay away from a lifelong commitment and opt for fake tattoo sleeves. With the growing popularity of the sleeve tattoos, the fake sleeves are a hit as people now do not have to get their arms stabbed by needles countless times. The best part of this is that it’s not actually on your skin, instead on nylon.


Posted by mark-karev in Piercing & Tattoos