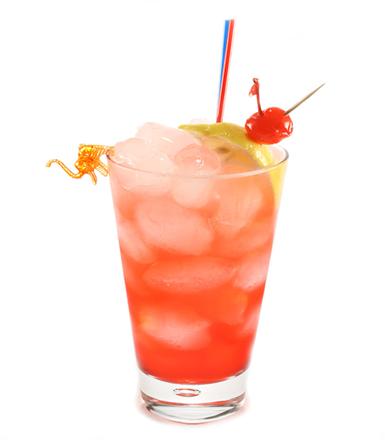 Feel like craving for an intoxicating alcoholic beverage that doesn’t taste strong? Then you must try this lip-smacking Long Beach iced tea recipe. It is a wonderful party drink that you can prepare ahead of the serving time in quite large batches. The best part is, it DOESN’T contain tea, but it has colour of iced tea.

The history behind the Long Beach Iced Tea is a bit controversial where some claim that it was invented in New York and other says it’s a Tennessee community’s production. Moreover, some other argues that it was first prepared near the beginning of the 20th century, all through the Prohibition era.

Long Beach Iced Tea is a colourful and tasty version of the Long Island Iced Tea Cocktail. The only difference in both cocktails is the addition of sour mix and cola in the Long Beach Iced Tea as a substitute of cranberry juice. The bright and vivid red colour of the tea is a result of the cranberry juice. Serve it in long stemmed cocktail glasses for more eye-catching upshot. It doesn’t require any specific garnishing as it has multihued ingredients, but you can rim the glass in some fresh lemon juice and sugar or salt to make it sharp-tasting.