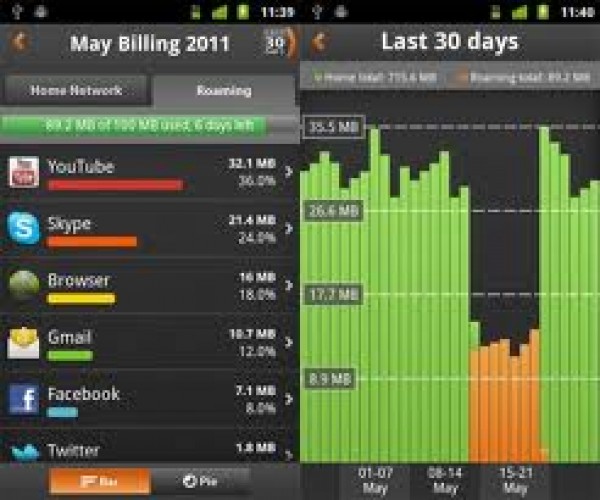 One of the most common problem that smartphone, including Android phones, users face is over-billing, which is because they cannot keep a track of their data use. Generally, there is confusion about the availability of total internet limit and its use. Consumers simply cannot know how much internet they have used, and often end up using it well over the limit.

There are a number of solutions for Android phones users to keep a record of their data. They, in fact, can consciously monitor use of data and plan it accordingly. Since data services are generally accessed through mobile network operator, they offer applications to monitor it. There are some applications available from third-party developers, which can be directly downloaded and installed on the Android phones, and effectively used to monitor data. Here are some of the suggestions that may help you track down your data usage.