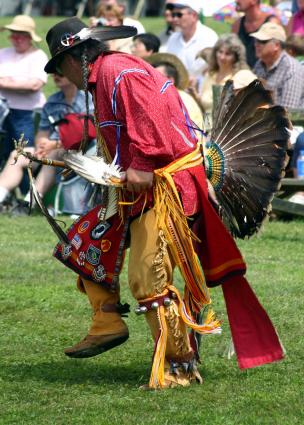 It is said that back in the days, Native Americans would perform a rain dance so that there is some rain in order to grow crops. At times there were several months were there was a drought and then the men and women would rain dance together just to produce a beautiful harvest after the rainfall. This ritual is now coming to an end but people still want to learn the rain dance to remember those Native Americans who believed that there will pour once they perform the rain dance. These days only a few American Indian tribes perform this rain dance. Back in 1988, a person travelled from Rosebud Sioux to Northern Ohio only to become a part of this act as America was hit by a serious drought. The following steps can help you learn this historic dance.