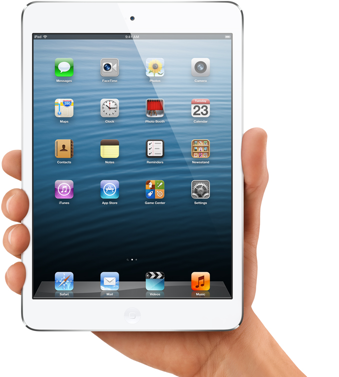 Ipad is a tablet computer developed by Apple Corporation. A tablet is a gadget which lies midway in between the laptop computers and the cell phones. It has the features of a computer but the shape and design of a smart phone.

An Ipad can record videos, take photos, play music, and perform all online functions such as browsing and downloading. It has a 9 by 7 inch touch screen which is lit by an LED backlight. Older models had about 16 GBs of memory, but the newer models have up to 64GBs. Its functionality is quite similar to an iPhone and it can be set up in about 15 minutes, barring the charging time required.


Posted by mike-miller in Tablets