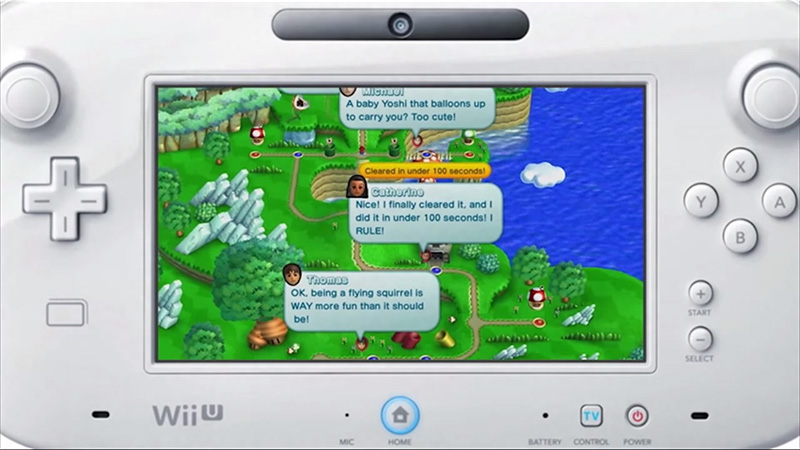 Nintendo’s CEO and President, Satoru Iwata, gave out juicy news to Wii fans when he presented details for the new Nintendo game console Wii U. The presentation was given in a 30 minute video posted on the company’s website and demonstrated the Wii U and Miiverse social network. The reveal came a day before the annual video game conference in Las Vegas called Electronic Entertainment Expo (E3). The Wii U was mentioned in last year’s E3 and is a highly anticipated update to Nintendo’s popular Wii console which has sold 95 million units so far.

Iwata showcased two types of controls for users of the console including a traditional version called the Wii U Pro and a new controller named the Wii U Gamepad. The Wii U Pro is a light weight control device that is similar to other controllers out in the market. A lot of buzz has been generated by the new Wii U Gamepad and the controller features a touch screen and two analogue sticks on the pad. The controller also has the ability to interact with the TV and can be used as a TV remote and as a second screen. This setup is reminiscent of Nintendo’s DS handheld console and takes the idea further by adding Near Fields Communication (NFC). This NFC reader is installed at the bottom of the controller and can read cards and special action figures giving the company the ability to work its playing card games and toys into game play. The Wii U Gamepad also has a camer and a browser which can be moved to the TV.

The other interesting news from the video is Miiverse, a social network that is meant to be used by Wii U game console users. The idea behind the social network is to give players interaction with other players around the globe so that they can share strategy, opinion and tutorials. The social network also has video conference capability which will utilize the camera in the controller.

More details on the Wii U are expected at the E3 conference this week with demonstrations and new game titles.