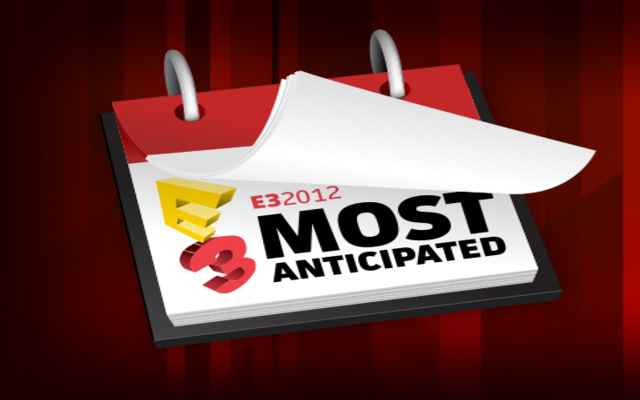 E3 2012 is just around the corner and gamers are excited to see what upcoming titles developers have to offer. This year Nintendo may take center stage at E3 with its Wii U and Miiverse social network but no one really knows what type of games they will have on offer. However, E3 2012 still has a huge list of contenders for the next hot game of the year and below are just some of the most expected titles for the conference.

Microsoft’s flagship XBOX franchise has been a fan favorite for many years and any gamer’s collection is not complete without the title. With eight releases to date the series was in need of change and Microsoft  has done just that by handing over the reins to 343 Industries after Bungie’s successful development run. Halo 4 will be the first of three games called the The Reclaimer Trilogy in which Master Chief will once again become the central character. The previous games are classics and 343i will need to really push the limits of the game to produce something fans will love.

Lara Croft has become a video game hero and a movie star who has a hard core group of fans. The latest reboot of the franchise is in the hands of Crystal Dynamics who are hoping for a hit with some great story telling to satisfy the expectant crowds. The premise of the game is the origin of Lara Croft and how she became such a tough woman. The game follows Croft and her crew after they get ship wrecked on a mysterious island. The developers mention that an event takes place during the game which makes Lara Croft the tough as nails explorer she is is portrayed as in previous games.

World of Warcraft may be looking at some tough competition if The Elder Scrolls is anywhere as good as Skrym. The popularity of the single player fantasy game was rooted in its detail and the player’s ability to interact with pretty much everything. The question is how the developers will translate that onto the online space with millions of players in the same world at the same time.

This new title from Bethesda Softworks has an uphill battle against more established gaming titles. However, the innovative nature of the game and the chance that it will give gamers something they have never seen before has sparked a lot of interest in the game and its storyline. According to the developers the main character is the body guard of an empress. He is found guilty of her murder and escapes to become an assassin. Many believe that Dishonored could come out to be game of the year.