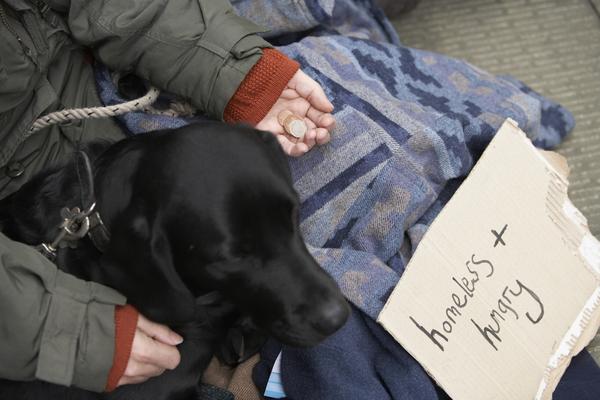 Panhandler is an American slang, which simply means a beggar. So panhandler is a person who counts on charity by others to survive. Generally, beggars are homeless people with a level of some disability in some countries, especially they cannot be rehabilitated and reintegrated in the mainstream society and have to beg for survival. In some social welfare states such as the United Kingdom where begging is not allowed out open in the streets, people in need of charity are rehabilitated.