Home » Business & Finance » Yammer Is Sold to Microsoft for $1.2 Billion 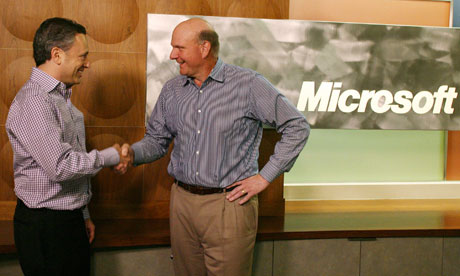 Microsoft Corp has bought online social network firm Yammer Inc for $1.2 billion, as the software giant starts its battle with Google for the future of technology in the workplace. The deal will enable Microsoft to offer a service like social networking giant Facebook to corporate customers.

Talk of a Yammer Microsoft deal had circulated few weeks before. It started with a rumor then Yammer agreed for the buyout quickly and then things went on a sleep, but the two companies finalized a deal on Monday.

Yammer was launched just four years back by PayPal founder David Sacks, and now it claims to have more than 5 million users at the corporate level. The service allows employees to make internal communications and collaboration while interacting with each other freely.  Many well-known companies like Ford Motor Co, Supervalu and Deloitte are its clients.

Currently, the company is equipped with 400-employees and will keep its headquarters in San Francisco. However, it will later come under the supervision of Microsoft’s Office unit under Kurt Delbene in Seattle. Even after Yammer’s buyout, it will still be lead by its present CEO David Sacks.

“Our thinking was based on the fit with Microsoft and the fact that we think Microsoft is a great partner for us in expanding the service and taking it to the next level,” Sacks said.

Yammer will definitely helps in filing a gap that Microsoft was working hard to fill its SharePoint application for making private websites for intra-company projects.

“This acquisition will immediately make Microsoft a strong competitor in the enterprise social market,” said Larry Cannell, an analyst at tech research firm Gartner. “It was a stretch to call the capabilities in SharePoint’s MySite feature a social network site.”

Microsoft, which has a little investment in Facebook shares, has been working hard to make its desktop-bound products more interactive and attractive particularly for its corporate users. In addition, the software joint is also experimenting with its own social network known as So.cl.

Last year, the company made a huge deal in a buyout of online chat company Skype for $8.5 billion.