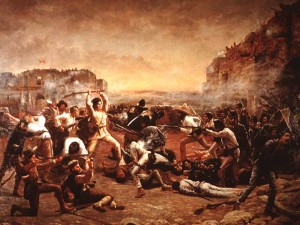 There have been good soldiers and bad soldiers; good armies and bad armies; and good leaders and bad leaders. When it comes down to military decisions, people do tend to make silly mistakes which cost them a lot. For instance, there were several leaders who decided to keep the fight alive during World War II. It did not really go in their favour. Japan was fighting tremendously throughout the time, but the nuclear attack by the US simply changed everything for them.

Here are the worst military decisions which have been taken in the history of the world. Scroll down and you will be shocked to see that even military leaders can tend make mistakes which cost them the whole war.


Posted by Cynthia Lee in Events