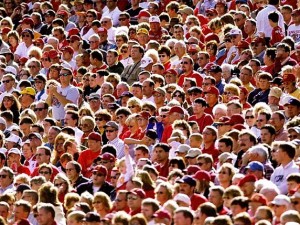 It is always easy so survive in a city with nominal population. There are people who don’t have a problem while they live in crowded cities such as Tokyo or even New York. However, there are others who do not really like the idea of living with large crowds. That is why they try to settle in places which are less crowded and they are a little secluded.

We have managed to gather information regarding the most crowded places on earth. Whether it is a city, a parking lot, a bridge or even a prison; this list has it all. Scroll down and be surprised about how people actually survive in places like these. A few are extremely shocking to say the least.


Posted by Cynthia Lee in Places