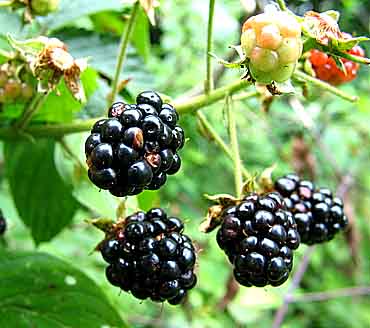 Used in everything from pies, jams, and cobblers, blackberries and boysenberries are both delicious juicy fruits that are often mistaken for each other. However, what many fail to understand is that while they belong to the same family and class, they are two distinct fruits.

Blackberries are genuine berries that can trace their origin back to ancient times, although their popularity increased noticeably during the 18th and the 19th century. Boysenberries, however, were the result of a successful experiment conducted by Rudolph Boysen in 1920 – he crossed the blackberry, raspberry and loganberry to produce the boysenberry, which came into the market during 1930. Blackberry plants grow erect and vertical, while the boysenberry plant is spreads and grows more horizontally.


Posted by morocco-foucault in General Knowledge