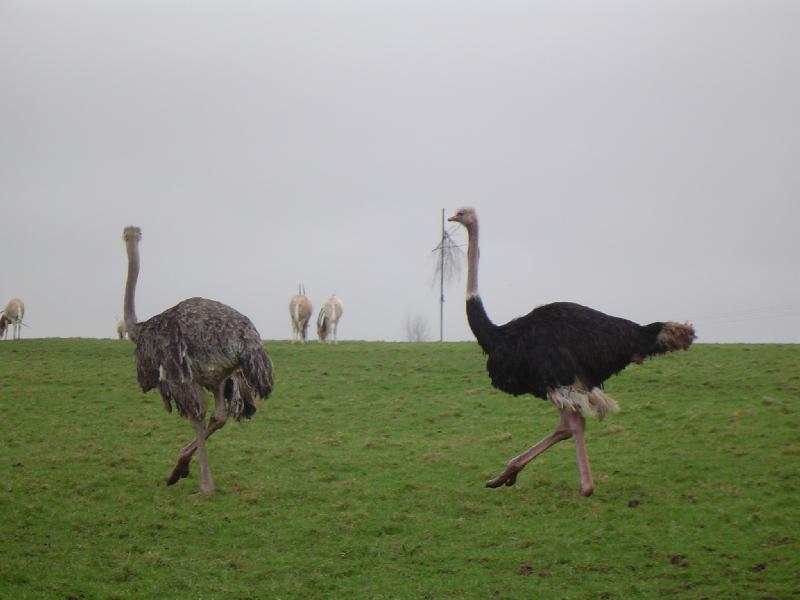 The plumage of both birds also varies a great deal. Emu birds can be difficult to distinguish on grounds of sex, as they are all covered with deep brown feathers – however, during the mating season, female emu birds grow black feathers around their heads, and the patch of skin on their heads turns blue. Ostriches however, can easily be distinguished on the basis of sex, as the females have grey-brown feathers, while the males have black feathers, with white feathers on the tips of their wings and tails.